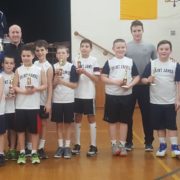 The Saint James Gym was buzzing this past Saturday morning, as the three Saturday league 4th and 5th Grade Boys team were battling for the League Championship trophy. The White Team,  led by Coaches Eric and EJ Kincheloe pulled away from the Blue team Coached by Dave Chomick with a big crowd in attendance to see the Title game. Inspired performances by Dylan R. and Owen B. fueled the White team to the championship win. Coach Kincheloe said,  “He was so proud of his Boys for overcoming a buzzer beating loss Friday to win 3 Straight games in route to the Title.”  Many thanks to all the parents, players, coaches, and Mr. Green for another great season! 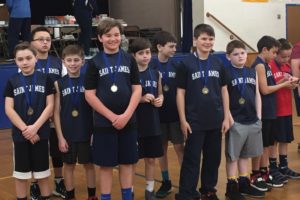 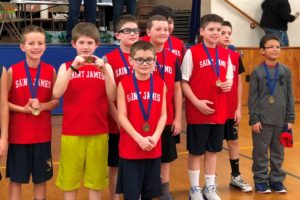 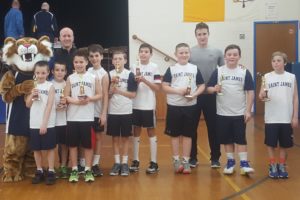